The distrosnobs are a bunch worse than wine snobs or other elitist group of radicals.  They are possibly one of the main reasons why Year of the Linux Desktop will never happen.

Some cast doubts on those who use supposed 'lesser' distros such as Debian, Ubuntu or Mint.  Many wrongly see Mint as nothing more than a migration tool when arriving in Nix Land from Windows.  How wrong they are!  Mint is just a good, stable, dependable, reliable, fairly light, fast and easily installible distro where everything just works. Mint Cinnamon, in my experience, is the ONLY distro I'd recommend to a corporate client, disregarding my own biases while understanding his needs.

See, too many Linux users focus on what they like instead of anticipating the client's needs. Such an approach is egotistic and counter-productive.  Be a good systems integrator, understand your client's needs and provide the best solution for that.

I have had many innings with Arch-ish distros that either fail on installation or mess up updates or package management.  I deem it unsatisfactory for business use and ideal for the guy in the man cave that always lurks under the hood.  Leave it to those that have no life beyond computers, but I live two yards from a nature reserve and have other priorities.

My nifty woeusb stopped working after a general Linux update, so I couldn't make a bootable Windows 10 Pro flashdrive.  Arch-ish distros are banned forever due to their repeated inconsistencies and lamentable unreliability.  I then used another app called mkusb and it booted but missed some drivers.

Popular posts from this blog

October 13, 2020
We once had a MacbookPro, a nifty little 13" i5 2.5GHz with 8GB RAM and a 1TB SSD.  It ran well but Apple broke the wireless and USB sync with so-called "updates" and then forgot to fix that.  220 Pages of irate Apple fans on the support pages couldn't get Jobs & Co to satisfy the frustrated users.  I then decided Apple was irrelevant.My latest mobile combo was a Samsung Galaxy S7 that had died the much feared ghosting death, ie "black screen + blue LED."  The black screen to show the phone is dead and the blue LED to say the motherboard is hunky dory.  It was used in combination with a very nice Lenovo Thinkpad Edge E540 i7 MQ with 250GB SSD, 8GB DDR3, a Geforce GT 740M graphics bit with 2GB DDR5 and a very lovely wireless adapter.  First hiccup was the legit MS Office H&B complete with product key & DVD that could not be activated despite it having been registered to my user account.  Microsoft Man phoned me and could not offer either a solu…
Read more 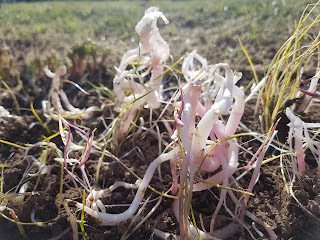 Having suffered at least twelve strokes, also called CVA's or cardiovascular accidents, I sometimes get hit by such episodes if mental and physical weakness, extreme fatigue and then rest doesn't seem to result in recovering. I would love to learn from others, their caregivers or medical professionals, regarding the following:FatigueSpasms or cramps in feet; it sometimes is severe and debilitatingEpisodes of weakness and inability to read, write or to assimilate informationDifficulty comprehending a conversationArticulation affected by slurry speech when extremely tired. Episodes of mutenessAphasiaAtaxiaSleeping disorders such as inability to sleep despite extreme fatigueMood swings, such as sudden laughing or crying without obvious reasonSometimes feeling irritable - not very oftenCannot handle pressure or confrontationBlunted emotionsAs I have practically no access to doctors, I'd like to hear from you about NON-FACEBOOK stroke support groups.
Thanks